Starting a business under the tropical sun has never been easier. Particularly welcoming for foreign investment, the Caribbean island is ranked 6th in the world in terms of ease of starting a business at Doing Business 2019. An update on an economy that is taking off and some guidelines for potential investors.

With its seaports
and strategic geographical location, Jamaica aims to become a logistics hub between North and
South America.

The former rich British colony is renowned for its bauxite deposits, of which it has been one of the leading exporters since the 1970s. At the same time, it has developed a relatively diversified economy, mainly in services. Jamaica derives most of its income from remittances and especially tourism (each accounting for 30% of GDP), which provides a quarter of the country’s employment and is emerging as the main engine of growth.

Industry (about 20% of GDP and employment) focuses mainly on alumina and chemicals, and has a major bauxite refinery, Alpart, upgraded in 2019. The island’s exceptional climate also favours agriculture, which remains an important component of GDP (around 17%). Of course, coffee is grown here – the famous Blue Mountain, which is generously exported – but also bananas, cocoa, cane sugar and cassava. However, the agricultural sector remains vulnerable to the natural disasters that shake the country from time to time, such as earthquakes, hurricanes, floods and landslides.

A BOOST FOR THE ECONOMY

While the third largest island of the West Indies remains structurally dependent on imports (petroleum oils and gas, automobiles, medicines, corn, food preparations and alcohol), it has resolutely liberalized its trade to boost its economy. Thanks to major investments in logistics and production capacity, but also to the good performance of tourism, mining and agriculture, the country is gradually gaining ground on its historical weaknesses. The very weak growth recorded since 2013, averaging 0.9%, is picking up and should even reach 2% in the near future, according to the IMF. At the same time, the current account deficit is gradually being reduced.

The living conditions of the population, composed almost exclusively of Blacks descended from slaves (except for 1% of the white minority), are negatively affected. The poverty rate is steadily decreasing, while the drop in unemployment has reached record lows since 2013 (from 15% to 8%), especially among young people. Access to basic services, education and health care is also improving. However, some challenges remain for the Jamaican government. The main one is the fight against crime and delinquency, which remain among the highest rates in America, and drug trafficking, which is estimated to cost the country nearly 3 per cent of its GDP.

MY BUSINESS IN JAMAICA IN 3 DAYS

It is the country’s great asset for businessmen and women of all nationalities looking for projects. In Latin America and other Caribbean countries, a business creation takes an average of 31.6 days and requires 8.3 different procedures. This is in stark contrast to Jamaica, where starting up a company takes only three days and two administrative procedures. These performances have earned Jamaica a ranking of 6th in the world for the ease of starting a business by the World Bank’s Doing Business 2019. Its Competitiveness Index remains in the low middle range and even shows a slight decline (79th/140). On the other hand, financing is as easy for small projects as it is for medium and large ones: Jamaica’s ease of access to credit is among the 20 best in the world!

In addition, FDI continues to flow into various sectors, mainly in the bauxite industry, telecommunications, tourism and construction. The country’s success is no doubt due to the various incentives put in place by the government, such as easy and timely payment of taxes or duty-free imports for foreign investors. Jamaica treats domestic and foreign investors equally and does not screen foreign investment. Similarly, there are no limits on foreign ownership or control of businesses provided that foreigners establish a local company or register a branch office with the Jamaican Business Office.

More and more people are choosing the Jamaican sun for their holidays. More than 4.5 million tourists from around the world flock to Jamaica each year, generating more than US$3 billion in revenue for the country. This record growth in the tourism sector has spurred major hotel construction projects launched in 2019, notably in the seaside resort of Ocho Rios, worth several hundred million dollars. Over the next five years, Jamaica will inaugurate more than 12,000 new, freshly painted hotel rooms! 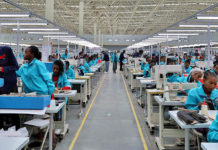 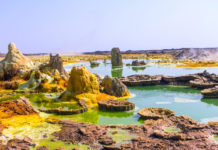 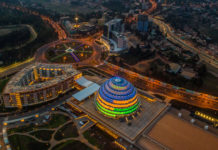