On behalf of His Excellency Alassane OUATTARA,
President of the Republic of the Ivory Coast, I would like to express the profound gratitude of the Ivorian government to the Kingdom of Belgium and the Grand Duchy of Luxembourg and their respective governments for the renewed confidence in the Ivory Coast.
I would especially like to thank the President of the Belgo-Luxemburg African-Caribbean-Pacific Chamber of Commerce for the honor he has given me of publishing this message in the foreword to the special edition on the Ivory Coast of the quarterly magazine of the Chamber, “Perspectives”.
I would like to remind you that the Ivory Coast is a well-established partner of the Kingdom of Belgium and the Grand Duchy of Luxembourg and to reassure you that our country is operational and ready to welcome Belgian and Luxembourgish investments on its soil.  We are confident that this our already excellent relationship will only be strengthened in the future.
In recent years, Belgium’s interest in French-speaking African states has developed profoundly.  We very much appreciate the new spirit of openness, made real through the excellent initiative of the President of the Belgian and Luxemburgish Chamber Of Commerce. To this end, the forthcoming visit to the Ivory Coast of Her Highness, Princess Astrid in October 2017 is a major element for the revitalization of cooperation and trade between our country and the Kingdom of Belgium. This visit will undoubtedly reinforce the enthusiasm of the Belgian investors for the important business opportunities offered by Côte d’Ivoire in all sectors of economic activity: agro-industry, road infrastructure, energy, telecommunications, mining , transport (air, sea and rail), education, health, etc.
On the other hand, I can not fail to stress how much we appreciate the outstanding role played by Belgium in the European Union, where it always pays particular attention to the concerns expressed by African countries.

With the Grand Duchy of Luxembourg, economic and trade relations are also very intense, as evidenced by the agreement on the reciprocal promotion and protection of investments signed on 1 April 1999. The Grand Duchy of Luxembourg is increasingly more like a major European economic partner of the Ivory Coast with investments in various sectors of the Ivorian economy, thanks in particular to the acquisition of stakes in several large companies located in Ivory Coast.
The signing of an air service agreement between Côte d’Ivoire and Luxembourg in 2015 constitutes an additional step for the consolidation and strengthening of economic and trade relations between our two countries.
The President of the Republic of Côte d’Ivoire His Excellency Alassane OUATTARA is ready to work for the strengthening of ties and the consolidation of frank cooperation with the two friendly countries of the Kingdom of Belgium and the Grand Duchy of Luxembourg. In this dynamic, the Chamber of Commerce Belgo-Luxembourgeoise will remain an excellent ally.
I remain convinced that the quality of the information contained in this publication will provide a better understanding of the ambitions of the Ivory Coast, which has set the course for its economic and social emergence by 2020. I therefore invite Belgian and Luxembourg businessmen to seize all the investment opportunities available to Côte d’Ivoire, the economic showcase of the West African subregion. The Government is committed to achieving all the structural and sectoral reforms necessary for the continuous improvement of the business environment in order to guarantee the legal certainty and the profitability of private investments.
I extend my best wishes to all the readers of “Perspectives”: may you enjoy this special edition devoted to the Ivory Coast. 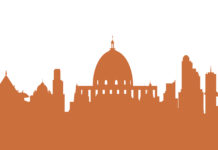 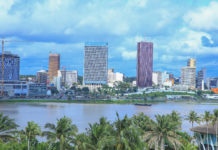 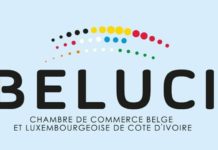