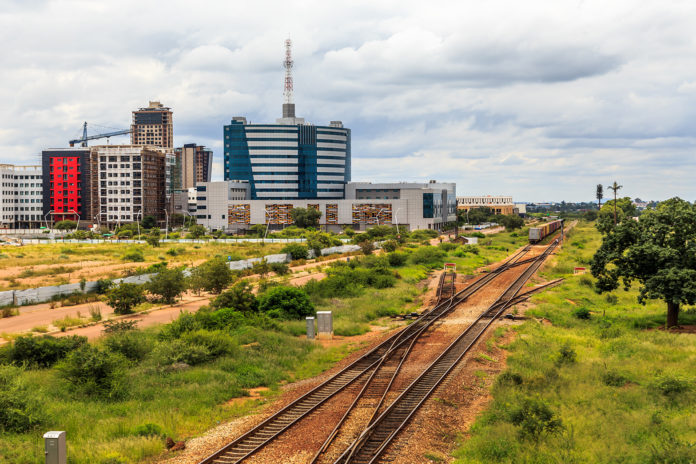 Botswana: the diamond case of Africa. Millions of carats have driven the country‘s strong growth since the opening of the first mine in 1967. But the golden goose will soon stop laying eggs: Botswana has about ten years to prepare for its economic transition. On the right track, the new President Mokgweetsi Masisi is calling on foreign investors.

Regularly ranked at the top by the international rating agencies, Botswana is undoubtedly one of the best pupils of the World Bank. A country where it is good to live and invest, where great economic freedom happily coexists with one of the most stable and secure environments on the continent, where corruption is almost non-existent.
A model of its kind.

Botswana‘s rapid development is due primarily to its diamond wealth. The world‘s second largest diamond producer, it is home to the world‘s richest mine, Jwaneng; between 12.5 and 15 million carats are unearthed each year from this mine alone. It seems that Botswana has been able to take advantage of these jewels in a reasoned and prudent manner, whereas many other African countries have failed, in particular, by reinvesting part of mining revenues in health, education and infrastructure, reflecting a long-term political vision.

There are two sides to every coin: Botswana is heavily dependent on its diamond revenues, which account for about 35% of its GDP. But diamonds are not eternal! Experts agree that reserves will dry up by 2030. Fortunately, the longevity of Botswana‘s success also depends on the good governance that the country has always demonstrated. This is an asset that is proving invaluable today in the face of the urgent need to diversify the economy.

Accelerating the diversification of the economy

All the conditions were already in place to encourage private investment. On the eve of his first term in office, Botswana‘s 5th President, Mokgweetsi Masisi, intends to give a boost to the diversification of the economy to counter the decline in mining revenues and ensure inclusive growth that creates jobs. To achieve this, he prioritizes foreign investment, and is even considering a privatization plan that should include Air Botswana.

A series of reforms and measures are being undertaken to improve the business environment and encourage entrepreneurship, including an amendment to the Immigration Act to ensure that work and residence permits are processed quickly. One of these policies is already bearing fruit: some 108.2 million USD in foreign direct investment are estimated to have swept in in 2018 along with the creation of 3,050 new jobs, according to the President of the Chinese news agency Xinhua.

Botswana does not impose any restrictions in terms of ownership, investment size or origin of capitals

Economic diversification is of course already underway. Safari tourism, for example, has become the country‘s second largest economic sector (see our article in the Tourism Division). However, there are still some leads that are not yet being exploited, including in the mining sector. Mainly coal, of which Botswana would constitute the second largest reserve in Africa, estimated at 210 million tons! Just, the Morupule mine is the only operating coal mine in the territory.

Under the initiatives of President Masisi, the country aims to develop its coal exports. The government is looking for investors, particularly to finance the necessary infrastructure. The program includes the construction of a new plant and railway infrastructure to transport coal resources to Namibian ports. This is a significant opportunity when considering that most power plants in Southern Africa are facing severe coal shortages.

A one-stop shop for business in Gaborone

To make life easier for investors, Botswana also established a a business Counter, the Botswana Investment and Trade Center (BITC), which immediately gave rise to a one-stopshop, called the BOSCC. Its mission: provide administrative and business support to investors; shorten and simplify business registration, licensing, work and residence permit procedures.

While the range of services and e-services offered to investors has not yet exhausted its potential, the involvement of the various Botswana ministries demonstrates a clear desire for efficiency so that the Center will soon be fully operational.