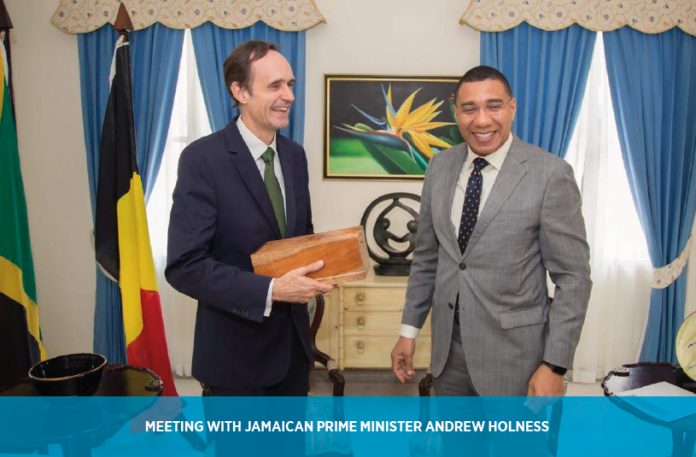 What is your impression of the current socio-economic situation in the Caribbean countries?

The countries in the Caribbean region may have similarities but they have each different opportunities and economic potential depending on their natural resources and historical development. Nevertheless, the primary source of income and employment for most countries in the region remains tourism. Because of the COVID19-pandemic however, many countries were heavily affected by the various travel bans, which resulted in a factual shutdown of tourism in the region. An effect of this shutdown was the rise of poverty due to the loss of many jobs that came with it. Since the end of last year, airlines, hotels and travel agencies have slowly returned to their normal schedules and occupancy rates, close to the levels from before the pandemic, which let to a gradual economic recovery in most of the countries. The Caribbean region is very dependent on import, with the USA as its biggest supplier. With the current geopolitical situation, the prices of imported goods, including energy and food items, have sharply increased and inflation is high, pushing many people further into poverty. The agricultural potential of the region could be further developed.

Trinidad and Tobago has the largest economy in the region as the largest oil and gas producer in the Caribbean, but Guyana and Suriname are the “new kids on the block” due to the recent discoveries of major oil and gas fields. Guyana is experiencing a huge economic growth since a few years and further strong growth is expected in the coming years due to these discoveries, which got them a place into the top 20 of largest gas reserve holders in the world. Guyana was one of the poorest countries of the region but this is now rapidly changing and the country is also becoming a key player when it comes to agriculture and food security matters. There are currently a lot of economic opportunities in the countries worth exploring, and also European companies should turn their attention to this emerging market. Suriname is also expected to experience a similar growth in its economy in the near future due to newly discovered oil fields, besides its already existing mining sector for the extraction of their natural resources such as gold. The Caribbean is one of the regions that is most likely to suffer from climate change and natural catastrophes. Extreme climate events in the region, including hurricanes and storms, are common and recurrent. Often the already disadvantaged ones would suffer the most from the consequences of natural disasters. The pandemic heavily impacted the education sector in the region. Due to the lack of the necessary infrastructure for distance learning and the closure of schools, the education sector was negatively impacted, and the effects of the learning loss will surely reflect on labor productivity in the future.

How do you view the bilateral relations between Belgium and the Caribbean countries?

The bilateral relations between Belgium and the countries in the Caribbean are excellent. The countries in the region often defend the same fundamental values as Belgium and they have broadly the same priorities: respect for democracy and human rights, gender equality, promotion of fair trade and the fight against climate change. In the current geopolitical context, the democratic values that the EU and the Caribbean share cannot never be taken for granted and our countries should therefore continue working together to promote and defend them in international fora. Indeed, the Caribbean countries and Belgium are often allies within the context of the United Nations and other multilateral fora, both bilaterally as within the broader framework of the EU and CARICOM. There is nevertheless certainly room for further deepening the current bilateral relations based on these shared values and objectives.

What are the key sectors in which you would advise Belgian investors to invest in the area you cover?

The sectors with potential for foreign investments are: port management, logistics, waste management, water purification (such as BOSAQ in Suriname) and renewable energy. In Jamaica, Belgium has been very present in the transport sector in the last two decades: delivery of public buses (VDL/Jonkheere), building of a bus terminal (BESIX/Transurb), dredging activities in the port (Jan De Nul), direct flight between Belgium and Jamaica (TUI). More opportunities could be opening up in this sector, linked to the need for renewable and cleaner energy, such as electric buses. As mentioned above, Guyana and Suriname are growing economies with potentially new opportunities for Belgian investors, not only in the oil sector but also in other sectors of the economy which are developing too.

Your Embassy is the first point of contact for Belgians who are there. How do you help them? Are there other agencies that are important to be in contact with?

The Embassy of Belgium in Kingston has full jurisdiction over 11 countries (Antigua & Barbuda, Barbados, Dominica, Grenada, Guyana, Jamaica, St Kitts & Nevis, St Lucia, St Vincent & the Grenadines, Suriname and Trinidad & Tobago), and consular jurisdiction over 4 British Overseas Territories (Anguilla, British Virgin Islands, Cayman Islands and Montserrat). Our Embassy is the first point of contact for Belgians residing in our jurisdiction. We are responsible for issuing them passports and eID’s, delivering administrative documents, notary deeds etc. In case of emergency, we provide consular assistance to all Belgians, also the ones that are passing through. In the Caribbean there is always a risk of a hurricane or an earthquake. In those cases we are here to assist Belgians in distress. We have an emergency plan, and we prepare for these kind of events with other partners, like the other EU member states present in the region. It’s important to note that if EU nationals would need consular assistance, they can go to another EU member state Embassy if their EU country of origin is not represented in the country where they are having an emergency. We also have 5 Belgian honorary consulates in the region (Barbados, Guyana, Suriname, Trinidad & Tobago and Dominica), where Belgians can go for assistance if necessary. For Belgians travelling to the region, we advise them to register their trip in the online application Travelers Online, created by the Belgian Federal Public Service Foreign Affairs (https://travellersonline.diplomatie.be/).

People who registered will appear in our database, so we know they are in the region and can be contacted in case of emergency. For example, at the start of the COVID19 crisis, this application was extremely useful and helped identifying Belgians in the region which helped tremendously in getting them back home. Belgian companies who want to do business in the region and are looking for opportunities or local partners can contact the trade representative for the 3 Belgian regions (Flanders, Wallonia and Brussels-Capital) Cindy Pellegrini, who is based in Panama (panama@awex-wallonia.com). The Belgian Embassy in Kingston itself keeps on the look out for public tenders which could potentially be interesting for Belgian companies. The Embassy is also facilitating the contacts with the national governments in case Belgian companies face unfair administrative hurdles when doing business. 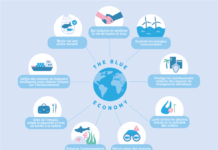 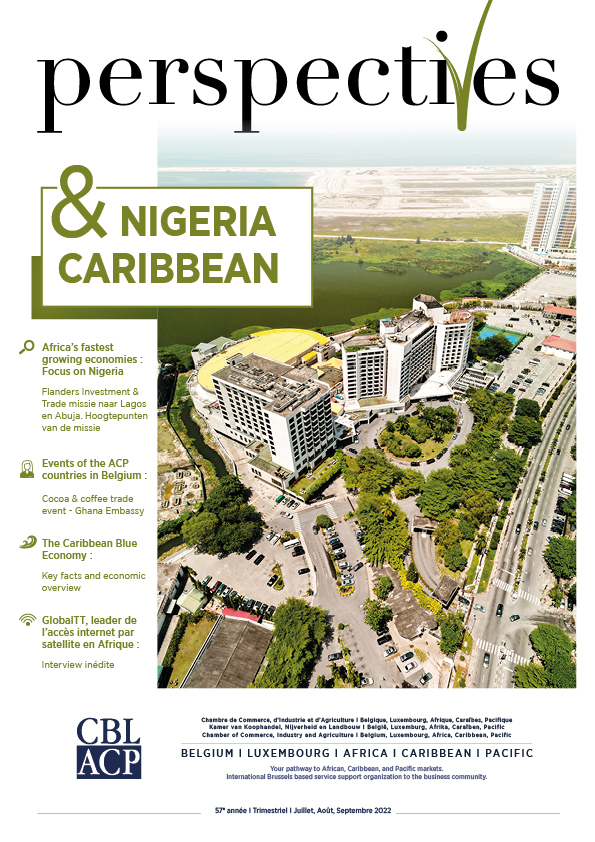