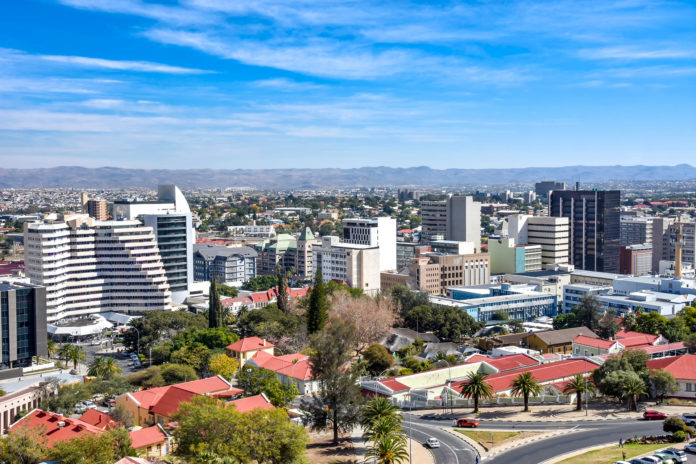 The challenge is not new: electrification in sub-Saharan Africa is a large task, especially in rural areas. But this time, Namibia is making it a priority and stacking the odds in its favor! To make up for its energy deficit, it is choosing renewable energy by calling for private participation and autonomous production. This is enough to counter investors’ reluctance.

The stakes are high: with the development of its mining activities and its policy of electrification of rural populations, Namibia’s electricity needs have continued to grow. However, its low production capacity has increased only slightly since the 1990s. Currently, Namibia produces only 39% of the electricity it consumes and 61% depend on imports, which are bought at high cost from the Southern African Power Pool, including South Africa.

With an installed capacity of 514 MW and an estimated demand of 600 MW/year expected to grow by 5% each year, the country is increasingly dependent on an energy supply it

does not produce and over which it has no control. With the decline in surplus production. In SADC (Southern African Development Community), this energy dependence is becoming a serious threat to its economy as well as to its development.

Expanding access to modern, reliable and affordable electricity has become a priority for the Namibian government. But, because of the size of the territory and the low population density, it is extremely difficult to extend the electricity grid to the unconnected rural areas in the north of the country. To break the deadlock, the government is relying on decentralization by opening up to private initiatives. The idea is to stimulate local autonomous small and medium-scale production of electricity throughout the country. The first strong sign is the conversion of its sole national operator for electricity production and distribution, NamPower, into a single buyer. This will make the market more competitive.

To fill its energy gap, Namibia has been looking for alternative supply sources and to diversify their energy sources. However, Namibia’s awareness of the importance of renewable energies (RE) is long-standing. Since its White Paper in 1998, the country has made steady progress in creating the political, commercial and regulatory conditions for RE. One of the objectives of the 2005 RE Program was to remove human, financial, technical and other market restrictions. Today, Namibia is speeding up on this policy.

The government has just resolutely affirmed its choice of RE to address the energy deficit. Its objective: that RE constitute 70% of Namibia’s energy mix by 2030. And in doing so, Namibian Minister of Mines and Energy Tom Alweendo confirmed to the Chinese media Xinhua: “The government has just approved several policies[…] to meet energy demand in the short and medium term and to face the challenges facing the sector” (18/02/2019).

While private investment in power production could be the key to improving the performance of the electricity sector, few countries in the region have committed to it thus far. Currently in the SADC region, electricity mainly dependens on public funding and development banks, while independent producers represent only a tiny fraction of the sector’s actors.

All Namibian solar photovoltaic projects are financed by private actors!

Thus in 2017, IPPs (a form of public-private partnership: independent power generation projects. More information on ppp.worldbank.org/public-private-partnership) still represent only 2% of the installed capacity in Namibia. However, hoping to reduce the public deficit, Namibia is one of the first states in the region to take interest in private sector participation. Moreover, it is one of the few that can already boast the promise of examples of private participation in RE projects, such as its 95% private wind farm.

Details of RE investment opportunities:
doingbusinessnamibia.com/energy

The Regional RE Centre is moving to Namibia!

Following West Africa and North Africa, it is now Southern Africa’s turn to establish a platform for coordinating RE development efforts. The SACREE (Centre for Renewable Energy and Energy Efficiency) was born on October 25 and it is Namibia that has the privilege of hosting it, in the heart of its capital Windhoek. The objective of SACREE is for all citizens of the SADC region to benefit from sustainable energy. As a de facto replacement for the Namibian-only REEEI (Institute for Renewable Energy and Energy Efficiency), its creation heralds greater coherence and interconnection between member countries.

SACREE aims to establish the conditions for the development of RE through the promotion of RE and energy efficiency technologies, market development (through the sharing of information and good practices), the development of appropriate policy, legal and regulatory frameworks and the strengthening of the capacities of SADC Member States in this field.

This is a real blessing opportunity for Namibia, which, as a host country, intends to take advantage of its proximity to SACREE to benefit from the Centre’s expertise and refine its energy strategy in the medium and long term. And this is only the beginning. If properly implemented, Namibia’s energy policy, supported by an ideal geographical location and good infrastructure, could eventually propel the country to the rank of an exporter for its neighbours. A matter to be closely followed….