Over the last decade, Rwanda has been able to come together as a nation and achieve impressive economic growth under stable governance. Today, it is ranked 41st in the World Bank Doing Business Report. By 2020, it aims to accomplish its transition from a low-income economy based on agriculture to a knowledge-based, service-oriented economy with a middle-income country status. Currently leading the African Union, the country is pushing the reform of this institution as well as the establishment of a continental free-trade zone.

Often referred to as the economic miracle of Africa, Rwanda has been able to overcome its violent past and has come together as one nation with strong economic growth for over a decade. Ranked as the easiest place to do business in the EAC region and the 3rd most competitive country in Africa, Rwanda seems a go-to place for investors. It offers liberal trade regimes, covering EU, AGOA, multiple bilateral treaties and signed agreements on the reciprocal promotion and protection of investments, as well as double taxation agreements.

The Vision 2020 is a long-term strategy for Rwanda’s development. It was devised through a national consultative process in the year 1999 and was adopted in 2000. The main objectives of the Vision are to transform Rwanda into a middle-income country by 2020 based on a thriving private sector and a knowledge-based economy.

The Economic Development and Poverty Reduction Strategy (2013-2018) stems from Rwanda’s Vision 2020 and guides medium term actions that will lead to the achievement of the Vision’s goals. The main goal of the strategy is to speed up Rwanda’s progress towards becoming a middle-income status country and creating better quality of life for all Rwandans through sustained average GDP growth of 11.5% and accelerated poverty reduction to less than 30% of the population.

As stated by the President of the Republic of Rwanda, H.E. Paul Kagame, “The EDPRS 2 period is the time when our private sector is expected to take the driving seat in economic growth and poverty reduction.”

The results have been positive: GDP growth averaged 8% per year between 2001 and 2015. Rwanda’s growth from mid-2016 to mid-2017 was 6% due to drought, weak export prices and construction activities following the completion of large investment projects in 2016. Growth is expected to accelerate in 2018 and 2019 as private and public investment picks up and agriculture becomes more productive, according to the World Bank.

The country had a trade deficit of 13.2% of GDP in 2016, mainly due to the drought and the purchase of two planes for RwandAir, the national airline company.

Rwanda’s natural resources include gold, cassiterite, wolframite, methane, hydropower and arable land. The mining industry in Rwanda is very substantial and a major contributor to the country’s GDP and its second largest export industry. The country is known for being the most important producer of tin, tantalum and tungsten (the 3 T’s). Many opportunities await investors in the exploitation of the 3 T’s, industrial mining, partnerships with local mining companies, trading in minerals.

In Rwanda, the G-20 presents 6 concrete investment opportunities within the CWA framework. These fall into different sectors, the opportunities and context of which we outline below.

The manufacturing sector in Rwanda is still small but steadily growing at an annual rate of 7%. Several policies and strategies such as the National Industrial Policy and the National Export Strategy have been developed to accelerate industrial and export growth. The National Industrial Policy aims to diversify the economy by increasing the share of industry in the country’s GDP, to increase exports to USD 1.5 billion by 2020 as well as to increase the number of off-farm jobs.

To increase the domestic and foreign supply of manufactured goods, the Government has put in place the Special Economic Zone as well as four Industrial Parks in Bugesera, Huye, Nyabihu, Rusizi to address the shortcomings in the business environment by developing infrastructure, streamlining business regulations and facilitating fast moving investors. In addition to this, every District has an area earmarked as an industrial park.

In addition to the Rwandan market, the East African Community (EAC), of which Rwanda is a member, constitutes a huge market for manufactured products. The population of the EAC currently stands at 143.5 million. Rwanda is centrally located in the EAC and has spatial proximity to each of the EAC member countries. For instance, traders from Burundi, also an EAC member, and DRC source their merchandise through Rwanda from other EAC countries. In addition, Rwanda is a signatory to various bilateral and multilateral trade agreements which ensure wider regional and international markets access. A COMESA/EAC/SADC tripartite trade agreement representing a market potential of 600 million consumers is also going to be signed in the near future.

Under the G-20 initiative, the aim is to develop and operate industrial parks worth $215 million. The absence of ready-to-use factory units is a major problem with regard to light manufacturing investment in Rwanda as the country really needs this to achieve its development goals. The government is thus looking for a real estate developer to establish and perhaps operate industrial parks that provide “Advance Factory Units” for light manufacturers.

Well connected land has already been secured and is ready for purchase and development. (total build-up size: 13,180m2)

The Rwandan textile and garments market is small. It has only two major textile manufacturing companies (C&H and UTEXRWA), several SMEs, knitting cooperatives and a young silk sector.

As the market is unique, the following opportunities seem promising:

– Processing of cotton, wool, and other woven fabric for use in uniforms and work wear

Rwanda understands the importance of infrastructure in developing a competitive private sector. To this end, the government continues to invest heavily in infrastructure. Almost one tenth of Rwanda’s annual budget is committed to transport and other infrastructure. To develop a vibrant private sector, Rwanda is investing in roads, rail and water transport infrastructure with the intent of dramatically reducing the cost of transport to businesses and individuals. It also aims to modernize public transport facilities in Kigali, offering a rapid bus transport system and privatising its national public company.

The World Bank helps Rwanda to achieve this, funding USD 22 million to support development of the transport sector, as well as USD 45 million for feeder road[1] construction to improve rural infrastructure in Rwanda.

In 2015, it announced USD 1 billion of extra support to Rwanda over five years to help realise certain infrastructure works such as the 130-Km Ngoma-Bugesera-Nyanza road network to connect businesses between the East and Southern provinces, Kagitumba-Kayonza-Rusumo (208km) in the Eastern Province; Huye-Kibeho (68km) in the South and the current City of Kigali ring road project (80km). The package also funds Rwanda’s Electricity Access project worth $70 million, water harvesting and hillside irrigation ($69 million) and $50 million in support of the country’s social protection policy.

Under the G-20 initiative, authorities seek to broaden the offering of cargo shipments and to lower prices thanks to a cargo investor. Various possibilities of arrangements exist, through contracts with new air cargo carrier and partnership & investment agreements through its national carrier RwandAir.

Being a land-locked country, Rwanda needs a central corridor transportation corridor to Dar Es Salaam port in Tanzania. The government is looking for an investor to connect the existing Tanzanian railway system between Dar Es Salaam and Isaka.

Additionally, and not included in the G-20 initiative, there is the building of a new Bugesera International Airport in the Kigali region. Boasting modern infrastructure and a state-of-the-art passenger terminal building, it is designed to be the new gateway to Rwanda. The project is realised through a public private partnership with private partners ACV/ADM handling the financial and technical aspects.

Agriculture in Rwanda accounts for one third of Rwanda’s GDP, constitutes the main economic activity for rural households (particularly women) and remains their main source of income. Today, the agricultural population is estimated to be a little less than 80% of the total population. The sector meets 90% of the national food needs and generates more than 50% of the country’s export revenues.

In the short and medium term, Rwanda intends to continue focusing its efforts on the traditional cash crops of tea and coffee and pyrethrum, as well as on the nascent, non-traditional horticultural crops & plants, including various fruits & vegetables; flowers (mostly fresh roses); essential oils (pyrethrum; patchouli; etc.), stevia, dairy, meat, poultry, and fish.

Agriculture is expected to grow from 5.8% to 8.5% p.a by 2018, with the number of people making a living primarily in the agricultural sector going from 34% to 25%, focusing on agro processing. Exports are expected to increase on average from 19.2% to 28% p.a, with imports being maintained at a 17% average growth.

The aim is to establish cutting-edge water infrastructure, sufficient energy supply and smart and sustainable irrigation schemes. This is a public private partnership for 16,000 hectares in Gabiro. The land will be allocated to qualified private sector companies and local communities.

With the aim of jumpstarting the floriculture industry in Rwanda, the government has developed a strategic investment existing of 65ha at Gishari and 15ha at Nyacyonga. The land will be provided to investors through leasing or acquisition.

A recent housing market study showed that 340,000 units will be needed by 2022 to meet market needs. Over 86% of these should be affordable to mid-range housing.

This project poses a few major challenges in terms of the high cost of the land and the building materials, the limited building technology and the lack of long-term and low-cost finance for affordable housing.

Authorities are looking to create an affordable housing facility/fund with participation from the government, international financial institutions and private investors. They are also seeking experienced developers/investors to form private partnerships aimed at increasing Rwanda’s stock of affordable housing and will pilot a package of bankable projects for implementation in the Kigali districts of Rugarama and Kinyinya.

Thanks to its strategic location, Rwanda enjoys high solar irradiance. Measurements in the eastern province showed a global horizontal irradiance of 1890 kWh/per square metre. So there are many opportunities such as standalone solar home systems, mini grid solar projects with hybrid and storage solutions. Solar energy systems are in high demand, particularly in remote rural areas where there is no power grid.

The creation of a multipurpose hydropower generation of 128 MW with integration components for water supply and an irrigation system is another great opportunity for investors.

Rwanda remains a highly attractive country with a stable government, dynamic policy, an enviable easy of doing business and great connectivity. All these elements should make our readers eager to discover more about this country during the forthcoming economic mission to Rwanda in October 2018. 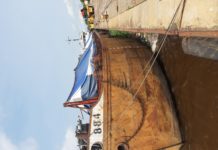 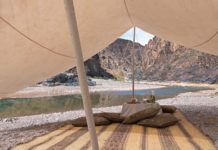 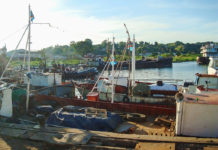